Planet Coaster Review: Build a Roller-Coaster of Your Dream

The world of virtual simulators is truly astonishing. This title offers a wide range of tools for building your own amusement rides. This game is a unique editor for your own Disneyland versions. Frontier game studio flavored this title with the firm charm of good old Roller Coaster Tycoon and added some new features. Planet Coaster downloading is available for PC only on Steam. 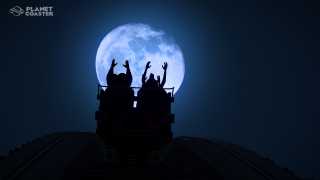 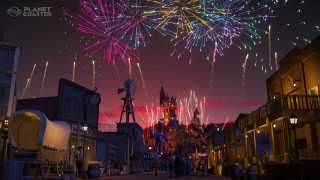 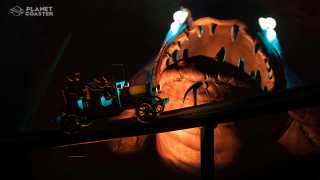 It’s very difficult to judge this franchise the same as any other game, because it’s totally unique. It’s only possible to compare it to Roller Coaster Tycoon series by the same studio. Fortunately, Planet Coaster took all the best features and mechanics from its great ancestor.

Mechanically, the gameplay of Planet Coaster is quite similar to such games as Sim City and The Sims by Maxis. This game has no plot, but offers you to become a scenario maker. This world has dozens of realistic rules, and you have to stick to them to make your theme park a successful business.

Economics of Planet Coaster are quite simple, so you probably won’t run short of budget. On the other hand, you always have to be aware of the number of engineers, toilets, cahiers, cleaners and many other stuff people and equipment. This process of constant building, supervision, and fixing is very exciting, because you can’t leave the park without surveillance for a single minute.

Building mode is also very versatile. The number of tools is hard to recount, but all of them are highly intuitive and interesting to use.

Planet Coaster is so bright and colorful that the feeling of a celebration is guaranteed. Most of the time you have to watch the park from above. This point of view provides the best sight as you can see endless crowds of people in queues and all amusement rides working at the same time. Such an action looks just stunning.

The sound in this game uses advanced virtual surround technology to provide an immersive, atmospheric wall of sound. You can easily say which roller-coaster is where with your eyes closed.

Controls in Planet Coaster are similar to those in Sim City and The Sims. The vast majority of commands are performed with a mouse. However, you can use some keyboard shortcuts to set, delete and replace items on the map.

In this game, you can’t donate any real money to buy something. All in-game credits are earnable with amusement rides. Each visitor pays some money to purchase tokens and ride. That’s the only way to get budgets for building and staff hiring.

It’s a pleasure to write a Planet Coaster review as it really sticks to traditions of the famous Roller Coaster Tycoon series and brings them to the new level. Developers from Frontier did their best to design a balanced world of amusement. That’s why Planet Coaster is a greatly versatile universe with realistic laws and soul.

There's not a lot of questions about Planet Coaster. Ask insistently in the comments so you can make it frequent!
Yup, take me to comments

One of the most trending games right now!
Everyone enjoy playing this game

Welcome to your new summer job at Freddy Fazb...