Ironclads 2: Caroline Islands War review: Get Familiar With the Mechanics and Tactics of the Сolonal Ships

The story behind is like that. Visited in the 16th century by Spanish navigators, the Caroline Islands were colonized and became Spanish colonials. When Germany began to seize lands, they found out they were late, because all the places “in the sun” had been already occupied, including Carolines, this gorgeous archipelago with the treaty coral caps. Spain did conquer the Caroline Islands, however, failed to control them. In August, 1885 the German Cruiser Squadron has occupied the Caroline Islands, prepared to multiple attacks. 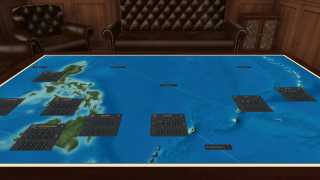 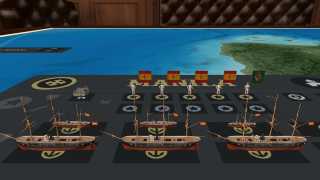 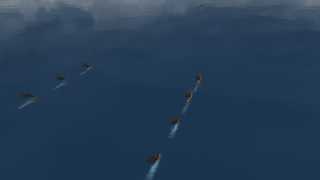 Ironclads 2: Caroline Islands War gameplay is quite simple. First you have to create your fleet, and make it strong enough to hunt the enemy's fleet, while hiding your weak ships in protected ports. At the same time, it’s essential to block up the enemy trade routes. The task is to fight for dominance over the sea using strategic planning.

There are some downsides in Ironclads 2: Caroline Islands War latest version, of course. For those picking up the game fresh, not having played previous games of Totem Games, this one might be hard, as there is no tutorial. There are no settings to allow you to see what the hot keys are, moreover, you can’t change any of the controls. There is no documentation either, anything to click which may lead you to the game manual. So once you’ve downloaded the game, you just jump straight into it without any tutorial, which is weird and kind of dull.

In the game you’re able to zoom through the ships. If you do so, you’ll see that the boats don’t have nice texturing. The graphics is rather low, especially when keeping in mind the price of the game. There is no animations either, the sailors just stay still on the ships if you zoom in. When you move your units around, they just teleport from one place to another.

The task of the game is to keep control of as many harbours as you can, scoring points to win. Sounds exciting, but the real-time battle elements are so lethargic, that by the time anything actually happens, you’ll probably lose the interest.

As mentioned above, there is no list of controls in the Caroline Islands War latest version. You may think, they probably have something right at the beginning that will let you know what is going on, so you can actually play the game. If you think so, you’re sadly mistaken. There is “Union Forever” screen, your victory conditions, and nothing more.

Once you start the game, you immediately can use the zoom control, which allows you to roll the map up and down. It is also so hard to get around the map, moving from the post to the battle point.

There is a silver lining, of course, and it is called a “manual battle”. There you have 3D painting, basic controls, where you can double the speed of the ship and a lot more.

Ironclads 2: Caroline Islands War allows you to control your harbours, purchase the most powerful ones and fight against the enemy. You’re not going to be able to pick it up easily, as there is no tutorial here, so you have to invest up to 30 minutes to catch up before even starting the game. If they add any links to some documentation, it would be an incredible thing, as it could allow you… you know, to be able to play the game, actually.

There is a manual battle available though, which is good, as there are 3D painting and basic controls. However, it is going terribly slow, and once you enter the manual round, you cannot exit.

You can download Ironclads 2: Caroline Islands War for $9.99 and try commanding and stationing vessels while learning the basics of tactics and strategy..

Pros : Letting you learn the mechanics and tactics after some time;
3D graphics in the manual battle.

There's not a lot of questions about Ironclads 2: Caroline Islands War 1885. Ask insistently in the comments so you can make it frequent!
Yup, take me to comments