Rolling Gauntlet is an arcade game, in which the greatest obstacle on your path to glory is you. Released on 15 Jan, 2016, it allows you to test your mathematical skills and hit your points level by level. It is a simple but addictive ball game for casual game enthusiasts. It is a game that requires speed and attention to smoothly pass through. Download Rolling Gauntlet for $0.99 and enjoy the classics in its best. 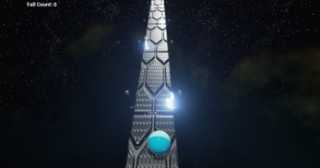 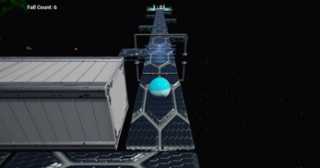 Roll the ball — this is pretty much it. With a few exceptions. Every level has hazards. The tutorial is easy, but it’s going to get hard from there. Second-guessing and letting-down guards are in the core of this game. Be prepared to constantly learn new things, from the very beginning to the very end of the game.  Everything in Rolling Gauntlet gameplay is designed to serve this purpose, from the control mechanics to the difficulty of levels.

You are going to roll your ball in Cosmic environment, under the Moon or starts, which along with the proper music adds a special atmosphere to the action.

Compared to modern game consoles, the Rolling Gauntlet has pitifully low resolution. The music is good and perfectly fits the action. Graphics were slightly improved in the Rolling Gauntlet latest version, but it is still no so good. Luckily, the music is not annoying, — there are no “jump” sound, “skip” sound etc. So, we’re in a space, running the ball and enjoying energetic and sometimes even soothing music and that’s it.

As the game progresses you learn more and more about your ball controls, like how you can jump higher if you hold the jump button longer etc. You will still be learning new things about the game, even after over weeks of playing. The game is, when you get down to its very core, just an automatic mobile runner, however, it gives you a chance to actually test the strength of your resolve.

The controls of Rolling Gauntlet have different nuances to them that scale tremendously well with your skill level. For this reason, there is always room to improve. Nevertheless, controls can surprise you, especially on bonus levels and with easter eggs to explore. All in all, the controls set help you test the dexterity of your fingers.

The game may seem simple at first: the orb has to be guided through 40 levels of the game unharmed. But with so many obstacles you will get your portion of cold sweat: electric fields, teleporters, moving platforms, and various other atrocities.

We can't say that learning how to control the ball lasts the entire game, but it certainly lasts a good portion of it.

Download Rolling Gauntlet and train your skills until it seems so incredibly easy to you..

Cons : Low resolution;
May get boring.

There's not a lot of questions about Rolling Gauntlet. Ask insistently in the comments so you can make it frequent!
Yup, take me to comments

The light of the world fades. Evil hearts see...