Arelite Core is a one-of-a-kind JRPG that does its best in emulating the games of the days gone. The game was created by Dragon Slumber, an independent development company based in Quebec, Canada.

The narrative of the game begins with an experienced blacksmith named Karden whose mission is to work on a new discovery of the forging metal Arelite. Arelite is so rare that in recent decades it has been almost impossible to find it. It has also proved to be an extremely important metal to mankind.

A monster is introduced to the game: by all means, it wants to prevent immediate exploitation of the metal. Town elders ask Karden to improve his blacksmith skill as the metal is too strong for him to manage. Karden and his friend Baeme soon find out that there’s a monster hunt for Arelite, and they have to hurry.

Want to know what happens next? Download Arelite Core, a JRPG revival in all its glory. 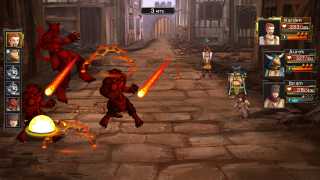 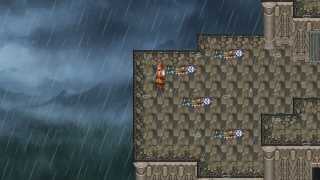 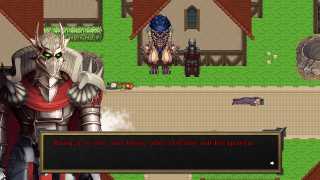 Arelite Core is mostly a single-player game about a guy who makes weapons. You have to fight a lot against the enemies on your way. There are literally hundreds of them.

At some point, Karden has to become the best blacksmith by continuous levelling up and continuing his fascinating journey.

The graphics of Arelite Core for any game of this size are really good. At first, when you start playing, the characters look a bit stiff, but you are going to get used to it. That doesn’t influence the gameplay at all. The battle art and designs are colourful and detailed. The soundtrack of the game is awesome. It is made in the style of SNES chiptune with a lot of bombastic synth and horns up front in the mix.

When it comes to JRPG style games, the key is the depth of the plot. And Arelite Core is one of the best JRPGs to get you hooked. The gameplay seems simple at first: you either attack, defend, or use some additional techniques to smash the enemy.

As you level up, each of your stats increases by one, but the only real way to customise them is with weapon, armour, and item selection.

There’s a number of abilities you can learn while your power in the game increases. There’s a freedom of choice when it comes to roles: you can perform a certain role better if you learn, so the game can become really addictive and never boring.

The Keyboard and Mouse are the main tools used in Arelite Core to play. Using the keyboard alone is fine, but occasionally the characters stop moving across the map and the player has to push and hold the arrow key to move them. We’d recommend choosing the game controller: it can take you a bit longer to learn all the combinations, but you’ll get free from glitches gameplay.

In-game purchases don’t affect the course of the game. To grow your level, you can buy additional stance points for your character to evolve. But if you work a little bit harder, you can also get them for free.

As you level up, you can buy or gain additional “stance points” for your character: they can upgrade your skills of attacking and healing or increase your speed.

With naive backgrounds and wonderfully detailed plot, Arelite Core is the game that takes you back in time when the trees were taller, and the games had a soul. Creators from Dragon Slumber have managed to breathe the new life into the JRPG genre without violating its laws.

If you like JRPG games, downloading Arelite Core is a must. You’ll be surprised at its authentic old-school design and almost cinematic narrative depth..

Cons : Some imbalances in quality on hand;
Open and boxy dungeon layouts.

There's not a lot of questions about Arelite Core. Ask insistently in the comments so you can make it frequent!
Yup, take me to comments

One of the most trending games right now!
Everyone recommends to play it!
One of the best role-play games ever!

Hello Neighbor is a stealth horror game about...