VR Escape the Space Station is an RPG game developed by Joygo.Studio for the PC platform. This VR game allows you to plunge into space. During the game, you need to escape from a monstrous spaceship thinking about every detail of a spacecraft. The game is full of little things that are usually forgotten and omitted in other modern games. Download VR Escape the Space Station and fully enjoy this space adventure. 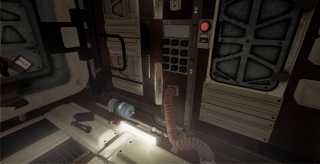 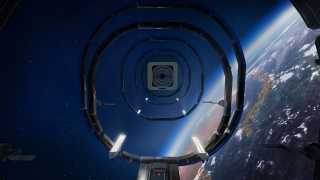 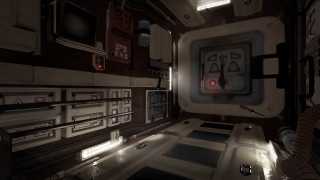 In this escape room game, you’re an astronaut who needs to escape from a monstrous spaceship. The game is full of various puzzles, some of which can be very challenging. There are a lot of drawers and cabinets that hide different objects and secrets.

Every object in the game is of great importance, so you need to pay attention to everything that comes in your way. Look for the clues that will help you solve puzzles and escape the spaceship. There are four rooms you need to go through to get out of the ship.

There are good graphics in the game, although they are a bit dark. All the objects around are nicely drawn. There is also a music theme that makes the gameplay more exciting and tenser. The zero-G experience makes it possible to imagine that you’re really in space. There is no gravity, and the objects fly and move around you.

According to the VR Escape the Space Station review, this is a very exciting game that can last for more than an hour. Once you go through the first room, the second and the third rooms will seem easy, but it may take much longer to pass the fourth room. There are many puzzles and quests that you need to solve.

A rather simple arrangement of the rooms is more than compensated by their number and the fact that almost all the interior items are involved in the game. The game is very logical and consistent. It is always clear in which direction to go, although it’s far from obvious how.

The controls are easy and intuitive. To fully enjoy the VR experience, you need to have VR glasses. Move around the spaceship trying to solve the puzzles in order to get to the next room. Look at all the objects around you attentively because each of them can give you clues.

The game costs $6.99. There are no in-game purchases. The creators of the game obviously love the mathematical and logical puzzles. Sometimes during the game, it is necessary to use not only observation but also purely mathematical logic.

This is a very entertaining VR game so you should download VR Escape the Space Station. The whole experience will take you at least one hour. All the puzzles in the game are unique and bring a lot of fun. There is a great anti-gravity effect that adds excitement to the gameplay.

The game has a great idea. Even though this is not the best VR escape room available, you will have a lot of fun playing it..

Pros : Interesting and entertaining puzzles and quests;
A great interpretation of the escape room;
The game gives you an impression that you’re really in space.

Cons : Some of the drawers on the ship don’t stay closed;
Dark picture.

There's not a lot of questions about VR Escape the space station. Ask insistently in the comments so you can make it frequent!
Yup, take me to comments

Everyone enjoy playing this game
Everyone recommends to play it!
One of the best role-play games ever!