Memory’s Dogma Code 01 is more a visual novel than a regular game. Set in Japan of the future, it keeps asking a bunch of hard-to-crack philosophical questions: Do you still remember exactly what happened three years ago? Who you were talking to? What were you doing? What were you wearing? How was your mood? One of a kind emotional experience and a bittersweet aftertaste guaranteed. You can download Memory’s Dogma game for Windows 7/Vista or higher. 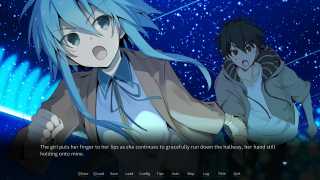 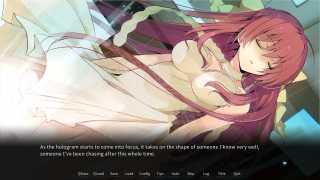 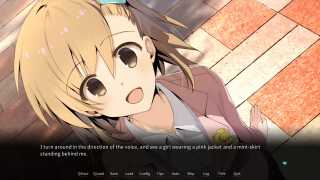 The gameplay takes place in Japan, year 2030. Memory science has developed immensely, and human memories now can be stored with the help of a unique technology called e-Memory. The protagonist of the story is Kusuhara Hiroki, a college student who is depressed after the death of her best friend. Hiroki almost commits suicide when a friend tells her about e-Memory technology: they come up with a plan of stealing their dead friend’s memories from the server where they are kept. But they don’t know what they will have to deal with...

Players can watch the game like a movie but from time to time they’ll have to think hard on the path to choose. Some of them lead to next levels, while others are a short way to death. But don’t panic! Even if the protagonist dies, you will get back in the game to how things were before your last choice, so all your progress will be saved.

Visuals of Memory’s Dogma Code 01, just like aesthetics of the game as a whole, is breathtaking. The thoroughly written plot is accompanied by picturesque views, detailed character animations, and excellent design ideas. Each character seems alive thanks to the genuine Japanese style which seems like a mix of anime and medieval Japanese painting.

There are more questions in the game than answers, and some of the characters’ actions make you wonder. Playing Memory’s Dogma CODE:01 seems more like watching a fascinating movie. And although the whole gaming process takes from seven to ten hours and changes the way you think about your everyday choices, you don’t feel like part of it. You’re rather an outsider watching and trying to understand.

In Memory’s Dogma: CODE 1, there’s a space for manual settings: you can adjust all the buttons the way you like. Players who can’t imagine their gaming process without mouse and keyboard will appreciate it for sure.

There are no in-game purchases in Memory’s Dogma: CODE 1 game. You pay for the release once, and that’s it. If you want to pay more to the creators of this wonderful game, you can always buy a CD with the original soundtracks.

A lot of players have been waiting for the Memory’s Dogma: Code 01 released date for its intriguing plot and stunning graphics. They were never disappointed. The game provides rather a deep look at the world than just a glimpse of the future. Digital Immortality is the idea Memory’s Dogma is going to insert into your head.

We highly recommend downloading Memory’s Dogma CODE:01, a visual novel that will play with your head more than you play it..

Cons : If you’re not an anime fan, it may be too much;
No deep immersion: the game is more like a movie you can watch.

There's not a lot of questions about Memory's Dogma CODE:01. Ask insistently in the comments so you can make it frequent!
Yup, take me to comments

Everyone recommends to play it!
You just can't miss this game!

Hello Neighbor is a stealth horror game about...