The Glade Review – Face Your Fear of Spiders

The Glade is an action and RPG game developed by Kelly Studios for the PC platform. You can download the Glade from Steam and immerse yourself in a beautiful forest filled with spiders. 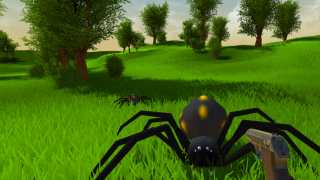 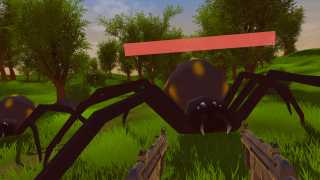 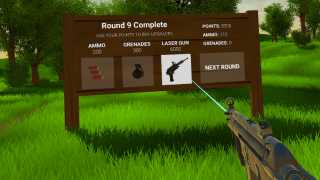 Since ancient times, people have been afraid of spiders. After all, some of these predatory creatures are deadly to humans. Thousands of years have passed, but many people still have arachnophobia. While you should not be afraid of small spiders who usually get into the house, giant spiders are fearful.

Imagine that you live in a world filled with huge spiders. They live next to you and are ready to attack any minute. In the Glade, spiders inhabit a beautiful forest. When walking through the forest, gazillions of spiders will be trying to kill you, and you will need to defend yourself.

Carefully look around you and define your target. Then, open fire on the target using modern destructive weapons. There will be more and more spiders, so you must do anything you can to defeat the enemies.

The graphics in the game are mediocre, but the spiders still fill you with dread. There are also sound effects that make the gameplay more exciting. However, according to the Glade review, the gun position doesn’t always line up with the controller, which makes it difficult to aim at spiders.

This is a great game for those who don’t like spiders. Nasty creatures give you goosebumps and make you feel creepy. The game drags you in, and you may play for hours. Be careful because spiders can appear from everywhere and you need to be ready to fight them.

You can control the game using the mouse and the keyboard. The controls are very easy and intuitive. The game is simple, but it offers several guns that can be unlocked. You can also manage your grenades and other ammunition. Unfortunately, this is a one-player game. Such titles are usually great for a team play.

The game is not free. However, it will cost you only $1.99. There are no in-game purchases. When defeating spiders, you will be earning points that you can then use to upgrade your weapons for grenades or laser guns. Points can also be used to buy the ammunition.

Spiders cause fear to many people, and this game will show you why. The Glade will allow you to appear as a hunter who kills giant spiders, which live in the forest. Your task is to walk through the forest killing all the spiders, otherwise, they will kill you.

To kill all the spiders, use all the available armor. For this, you will receive bonuses that will allow you to acquire new types of weapons. Even though it is not the best shooter, downloading the Glade and playing it will bring you a lot of fun.

For such a price, the Glade is a very fun game. It will drag you into the game process and you will be wanting to kill more and more spiders..

Pros : There are many kinds of weapons to defeat spiders;
This is a great way to fight your fear of spiders;
The game is very affordable.

Cons : Poor quality graphics;
There are some bugs that need to be fixed.

There's not a lot of questions about The Glade. Ask insistently in the comments so you can make it frequent!
Yup, take me to comments