Sneak Thief is a first-person shooter with puzzle and strategy elements. Therefore, you can choose how you want to play. For example, to break into buildings and break into the necessary rooms with a battle, or to quietly sneak up between the whole guard without making a single sound. Download Sneak Thief from Steam. The game has early access, so you can help developers to make the game better. 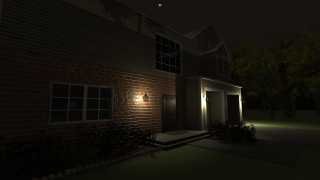 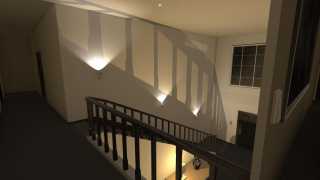 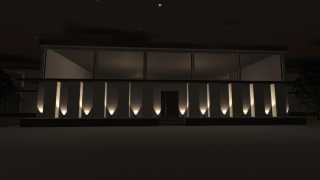 You are a beginner thief. You have a task to take from the level everything that is not bolted to the floor, it costs money, or it just shines. With each mission, you gain experience. As well as all kinds of inventory. The more you steal, the higher your rating. At each level, you will need to solve a kind of puzzle in order to get to the place where these things actually lie.

The graphics are good. Because the game is created on the Unity graphics engine. While the game is in development and early access, the graphics will continue to be improved. At the moment there are complaints about the quality of models of hands and some other furnishings that are not so well drawn. But we hope that the developers will fix the external component. But it is worth pointing out that the models of weapons in the game look top. The music in the game is only in the main menu.

Based on the reviews of Sneak Thief from Steam, there is not much that can be done in the game yet. You can already go through the whole game from start to finish, and also re-run your favorite missions separately. But it can get you very quickly bored, and you will not return to the game after its official release.

For the use of the character in the game uses a keyboard and mouse. We did not see the possibility of using the joystick or other game control devices in the game.

The game is not free you can buy and download Sneak Thief in Steam. There are no microtransactions inside the game. Therefore, you pay only once and enjoy the gameplay.

A good game from the list of games of early access. We are waiting for it to be finalized, to see what happened as a result of this good idea. Customized outfit and gameplay. As well as possible further improvements and new opportunities in the form of a cooperative and much more.

Good game, we hope that the developers will not stop the development of this game. And also add additional promised new features, such as cooperative, new puzzles, new enemies, new game modes, even more weapons..

Pros : Non-standard game genre.
Original graphics.
The constant work of developers on the game and the community through daily patches.

Cons : Absence in the game settings.
There is no way to navigate the sound of walking.
Frequent bugs.

There's not a lot of questions about Sneak Thief. Ask insistently in the comments so you can make it frequent!
Yup, take me to comments

Everyone enjoy playing this game
One of the most trending games right now!
One of the best action games ever!

Call of Duty delivers the gritty realism and...