How about playing Hello Neighbor with your friends and taking on the role of the Neighbor himself? With the recently released Secret Neighbor game, these possibilities are up for grabs. It’s a multiplayer-friendly social horror video game filled with suspense, top-notch challenges, and lots of things to do. You play as one of a group of kids who are on a mission to get into the creepy Neighbor’s smell-of-a-crime basement and save their missing buddy. 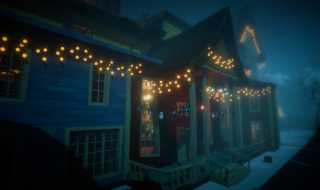 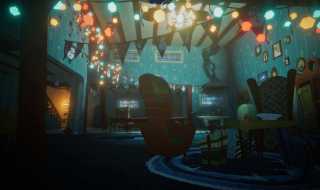 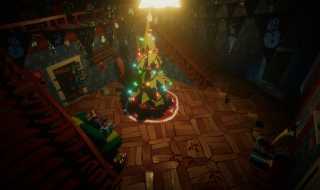 Based on the multiplayer mode functionality, up to six people can play the game simultaneously. While searching for the keys needed to sneak into the basement, you will come to realize that one of your buddies is the Neighbor in disguise. Imagine the jumpscare this revelation will give you. If these kinds of games tickle your fancy, the Secret Neighbor full game is just the ticket. You don’t even have to finish reading this review. Download and enjoy the game now.

The Secret Neighbor game boasts one-of-a-kind graphics. The environment is rather dark. However, you can see right away that the graphics are top-quality. Therefore, if you want to play Secret Neighbor to your utmost satisfaction, you’re going to need to equip your computer with a high-end graphics card prior to purchasing the game. Radeon R9 270 or NVIDIA GeForce GTX 760 would be an excellent choice in this case. As for the Secret Neighbor audio effects, they’re fantastic. And they add tremendously to the game’s suspense and immersion.

Secret Neighbor is very immersive. The dev team behind the project did a very good job of combining the key elements that are paramount for the game’s immersiveness and replayability, such as intriguing plot, second-to-none visuals, imagination-igniting sound effects, thought-stimulating challenges, and plenty of unexpected turns. Furthermore, the Secret Neighbor multiplayer mode always comes in handy whenever you start getting slightly bored with the game. Playing with friends is always more fun — even if you’ve already explored every nook and cranny of the environment.

If you’re looking for a safe Secret Neighbor free download option, you won’t find it. The game is not free-to-play. In addition to this, it contains in-game purchases. In Secret Neighbor, character customization is purchased with real-world money. The title does not feature any in-game currency.

Cutting to the chase, Secret Neighbor is the best title for you if you fancy such video game genres as horror, action, adventure, and indie. Secret Neighbor flaunts awesome graphics, great sound effects, solid gameplay, and the super fun multiplayer mode. You will love playing Secret Neighbor with a group of friends or members of the community.

With all the perks covered above, Secret Neighbor is the game that has the potential to grow into a part of a massive horror franchise. Despite some minor bugs and glitches, the game is sure to take your breath away. Download Secret Neighbor and give it a try today.

There's not a lot of questions about Secret Neighbor. Ask insistently in the comments so you can make it frequent!
Yup, take me to comments

Everyone enjoy playing this game
You just can't miss this game!
One of the best action games ever!