Reload is a shooting simulation game where you have to shoot all kinds of wooden, metal, and clay targets. With each level your shooting skills improve and by the end of the game you will feel ready to try your luck on the real testing grounds. You can download Reload PC version for Windows Vista or higher. 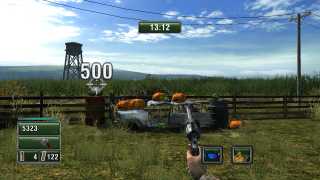 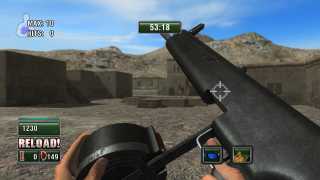 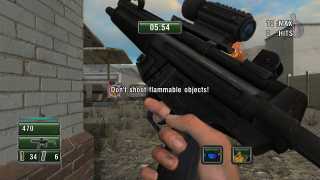 Reload is a first-person game of “point and click” genre. Your main course of action here is shooting: targets will pop up unexpectedly but you’ll have to keep your mind cold with your finger on the trigger. The experts believe Reload to be the most effective video game shooting trainer, so fun is not the point here. Your goal is to start shooting like a pro and maybe get a few medals for that.

While on the first levels you only need to shoot everything that’s moving, later in the game the tasks get tough, and that’s where the interesting part begins (or ends, if you’re not into stressful shooting): wooden terrorists in explosive vests are the best shooting trainers. If you’re looking for ways to upgrade your tactical skill, the game is not for you. But if you’re a fire weapons geek with a special interest in shooting, this is exactly what you need!

The realistic high-quality graphics are everything here: if you don’t see clearly where you shoot, what’s the point of all this? There aren’t many details but you get everything you need: simple targets, more all less the same but not identical. The backgrounds are rather primitive but they don’t distract you from the gun in your hand which occupies almost half of your screen. We’d recommend you to play the game in hi-res.

The immersion level is not really high, as it’s a simple shooting training, but as you get medals and gears, the game starts to grow on you. Besides, many gamers say Reload is a wonderful way of dealing with stress. We’d like to point out that there are no real targets in the game, and although they sometimes get anthropomorphic, creators never stop to emphasize that they’re just wood or clay with no relation to living creatures.

Playing Reload is a pleasant experience even if you’re a dedicated pacifist. The guns have amazing physics, and mastering them is not easy in the beginning, though it’s rather pleasant to understand that your gunning skill is growing in small steps, just like in real life. Controls are user-friendly, and the learning curve is not really long.

There are many weapons in Reload, but if you want to add 25 more, you’ll have to pay some extra money. Other items for sale include equipment upgrades and extra points that could be exchanged to some bonus features.

Reload is a target-shooting simulation game, so don’t expect much from it. If you want to learn to shoot, it may be a clever first step. Besides ordinary shooting on popping up and moving targets, it includes such missions as terrorist disarming and hostage rescuing.

Reload is a simple but solid shooting simulator. You can easily download Reload from Steam for $4.99 only..

Pros : Played alone or up to 4 players;
A wide range of weapons and accessories;
35 scenarios;
Not addictive;
Easy controller layout;
Authentic training targets.

Cons : The fun factor;
No real tactics training;
Not detailed;
Not violent (shooting targets are not people);

There's not a lot of questions about Reload. Ask insistently in the comments so you can make it frequent!
Yup, take me to comments

Very interesting singleplayer mode.
Everyone enjoy playing this game
One of the best action games ever!