Fortnite is the video game that take all the attention from the projects like PLAYERUNKNOWN'S BATTLEGROUNDS and Knives out. The game has three unique game modes: a cooperative shooter-survival game, a Battle Royal and a creative sandbox. All of them you can play on your Nintendo Switch. Good news for the fans of battle royals games. Fortnite Battle Royale is free-to play on the Nintendo Switch console. Download it from Nintendo eshop if you like this review. 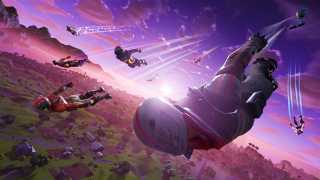 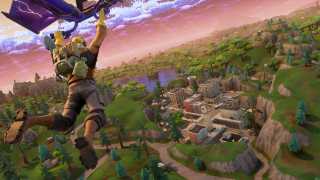 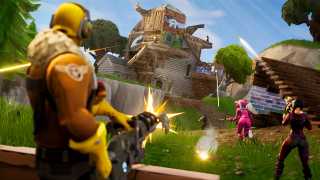 Everybody can find something interesting in this game. If you like battle royal games, then get ready. Fortnite gives you opportunity to fight against 100 opponents and become the first of all. Are you afraid to fight along? You can fight with one or three of your friends alongside.

Or maybe you are not a big fan of fighting with real players on the field, then you and your three friends confront a horde of zombies in the main game mode. Choose a class for your character. But remember, each class has its own characteristics.

You must defend yourself in a deserted city. Complete missions, build the covers or run away from the crowd of hungry zombies. Buy the different packs of stuff for building and fighting with zombies.

If you are tired of the monotony of the missions: “Protect and hold,” then express your individuality and imagination in the sandbox. Create labyrinth, obstacle courses, amusement parks. Have fun with your friends on your own trials.

What about such a huge hype around this game? Just look at this cartoonish graphic and bright characters. Take a look at so colorful shooting ranges, fields, buildings, that your eyes ready to flow out. Let’s appreciate the job of the developers. We had so much fun just to crash everything around. You can destroy everything what you can find: trees, stones, furniture, buildings and bunch of other objects.

Reviews Fortnite from other players say that you can play this game as long as you do not get bored. Especially if you're shoot really good. Everything depends from the type of the game. The main game starts from the beginning every time when your character dies. When you complete mission you can reach a new level. On every level you can get new outfits, weapons and other stuff. Developers constantly please players with events, new skins, weapons, vehicles, and other nice things.

The control on the Nintendo switch is performed using game sticks and buttons. There are also additional hot buttons for quick action. Innovation in the Nintendo Switch version of the Fortnite is the aiming to the target can be controlled by the moving of the consol.

The royal battle is distributed completely free of charge at the Nintendo store. You can play without additional cash injections. But if you want to get beautiful costumes, animals and stylized gliders, you need to buy in-game money. For this there are microtransactions for real money.

A wonderful representative of the genre of RPG. A cooperative with new techniques of fighting on the field. Shoot in your opponents, build the covers, flight to the heads of other players or zombies, make traps and have fun. Diversify your game a wide variety of missions, classes, skins. Download Fortnite on Nintendo switch and enjoy the game.

One of the good RPG game of the last 5 years. Well made control on a portable console let you bring the battle everywhere you go. Different variety of game mods let you show your skills from the different points. Fun game for one person and for a team of friends..

Cons : Toxic community;
Thirdperson game with very high mobility. You need to respond very quickly, which may be a problem for some players.

There's not a lot of questions about Fortnite. Ask insistently in the comments so you can make it frequent!
Yup, take me to comments