Dusk is a shooter game developed by David Szymanski for the PC platform. This is an adventure action where you find yourself in the role of the last resident of the city in a world where people actually destroyed themselves. Download Dusk and try to survive in this tough world. 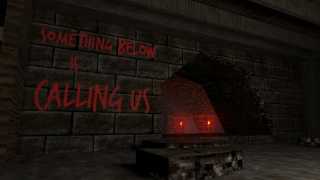 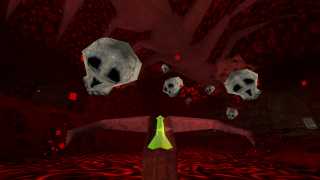 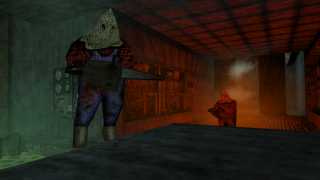 Dusk is a retro shooter with a first-person view and elements of horror. There are three episodes of the campaign, developed in the spirit of the 90s. You will fight against mystical creatures. There is also the Endless Survival Mode, in which you can fight with crowds of enemies. For fans of the network game, there is a 1v1 mode where you can fight with your friends.

The gameplay is not very important in the game. Dusk returns players to the days when the shooters were not overloaded with dialogues, video clips, and power-leveling – they were the games that offered a lot of fun shooting monsters and jumping from one wall to another.

The game is as old-fashioned as it is possible without using ASCII graphics or pseudo-3D. The debut of the New Blood studio can easily be confused with the real old shooter. The game has deliberately schematic graphics that does not prevent it from creating an oppressive mood.

The graphics make the gameplay look very vintage. There is also a cool soundtrack in the game by Andrew Hulshult. The metal theme only adds horror to the game process.

Dusk is a great combination of all the best that shooters of the 90s could offer. According to the Dusk review, the game does not try to look like an exact copy of old shooters – it makes them better, remaining a stylish old-school shooter.

There is a DOS boot screen, sloppy menu, and an interface reminiscent of those games. Here, you will meet with all kinds of creatures – starting with cultists and living scares and ending with cyborg women.

The controls in the game are easy and intuitive. In Dusk, you won’t want to stand still. The faster you move, the less chance that you’re going to die. There is a lot of armor to choose from – pistols, shotguns, rifles, bows, and rocket launchers.

You can get the game for $20. You can also purchase the Intruder Edition for $29.99 and the upgrade for it for $9.99. This is not very cheap, but it is worth it if you miss playing shooters that were popular in the 90s.

Dusk once again confirms that a great game does not always need some great graphics and dozens of developers. Its creator, David Szymanski, wanted to offer something classic to the audience. Dusk is very similar to the masterpieces from the old days. Download Dusk and enjoy an exciting shooter.

Dusk has become a collection of the best ideas from all the old shooters loved by gamers, and you, without a doubt, will recognize them at first sight..

Pros : A great game in the style of classic shooters of the 90s;
A well thought out design;
Powerful arsenal and high mobility of the main character;
Excellent soundtrack.

There's not a lot of questions about DUSK. Ask insistently in the comments so you can make it frequent!
Yup, take me to comments

Everyone enjoy playing this game
Everyone recommends to play it!
One of the best action games ever!