DRAGON BALL XENOVERSE 2 Review: One Of The Most Famous Anime Based Fighting Games 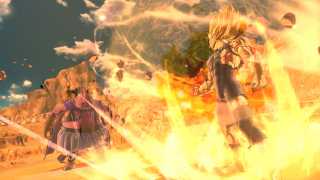 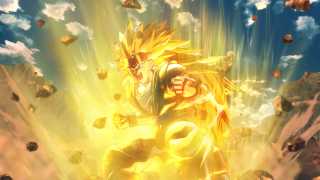 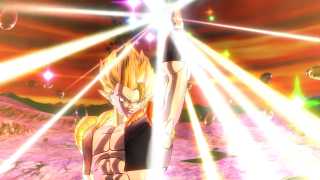 Fight with other players in the MMO fighting game. The principle of combat remains the same, press the buttons, use combo attacks, teleport at the expense of endurance, use Ki for Blasts Ki and much more. The main changes here have become super-desh, which allows you to go behind the enemy abruptly, break endurance with the help of a special enhanced attack and "repulsive blow", the essence of which is to send the enemy on a long flight, but beat him after a special blow.

What really pleases is the rebalance of practically everything that is possible in the game. Most of Ki's explosions are no longer completely useless garbage, but they have quite a weight in the battle, and the same thing happened with super melee attacks.

Transformations now also act differently, and there are more of them: There was a special transformation for each race, like the "Golden Frieze" for Frieze and the "Giant" for Namekians. The principle of operation of some transformations has also changed - now there is no need to knock out an indefinite number of different variations of SSJ or Kayoken.

Based on the game reviews DRAGON BALL XENOVERSE 2 in STIME the city became interesting - now this is not a squalid Toki-Toki, in which there were a lot of downloads between parts of the location, oh no. Now, this is a HUGE Conton, in which there are no downloads, there are a lot of significant places for DB.

Beautiful models of characters and environments, a pleasant combination of colors, animation quality and effects improved compared with the first part. But the game suffers optimization. The frame rate per second drops from 60 to 40. The audio component in the game is top notch. Music will accompany you from the main menu and throughout the game. Qualitatively developed sounds of fights and effects, as well as scenes of special attacks, will not leave anyone indifferent.

If you like DRAGON BALL anime ,then this game can delay you for a long time. If you are indifferent to the anime, the game can enthrall you with its functionality and combat system. In order to verify this for yourself, you can download DRAGON BALL XENOVERSE 2 from Steam.

You can control the character using the keyboard and mouse, but also in this game, there is full control using the controller.

In addition to paying for the game, also if you want to improve your character, you can buy various dlts, but they cost a lot of money.

A good game in which there is a good combination of excellent graphics, good music and audio effects, a unique combat system, which has various combinations, super beats and many many others. Large locations where you can walk or fly for a very long time.

This game will definitely appeal to fans of anime fighting games, a bright appearance, and wide combat functionality can pleasantly surprise you. Also, a nice part is multiplayer and the ability to play both online and offline..

Pros : Remarkably crafted system of fights. A large number of different movements;
Good customization of characters. The presence of 5 PAC with its pluses and transformations;
A good Equipment System;
Fine Detailing Super-Attack and Finishers;
Quality made by DLC.

Cons : Very Weak Multiplayer, Seeing players together Farming parallel quests can be seen very rarely. You can also find cheaters;
Excessively expensive DLC;
No Multi Platforming.
Still not delivered Super Saiyan 4 for Custom characters;
There is also a DLC under the names Super Pass and Extra Pass, which give us only some of the heroes from their Packs, and not all at once.

There's not a lot of questions about DRAGON BALL XENOVERSE 2. Ask insistently in the comments so you can make it frequent!
Yup, take me to comments

One of the best action games ever!
One of the most trending games right now!
Our team recommends this game to play. Very insistently
You just can't miss this game!