Anime-based games take a huge slice of the game market, but the vast majority of them is very far from being remarkable. This game is a pleasant exception as it brings best features of the original Dragon Ball anime and mixes them with RPG in a perfect proportion. Dragon Ball XenoVerse downloading is available for PC, PS, Xbox and Switch. 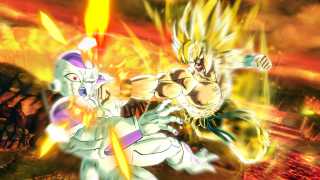 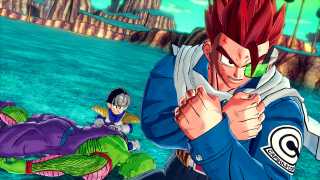 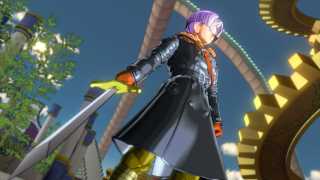 Dragon Ball XenoVerse is a continuation of popular Dragon Ball Z, so the whole gameplay is about fighting. Unfortunately, the most important part of the game is quite frustrating. There are quite a lot of kicks and punches with combos and special attacks, but they all lead to the same result. All rivals simply fly away after any type of attack and that looks like disrespect to fans of the original anime. There’s no strategy behind fightings in this game. You just have to kick and punch in a repetitive manner to gain mana (it’s called Ki) and activate some furious magic attacks. These ultimate attacks are very effective, but they work out only in half of cases. Sometimes they simply penetrate your competitors without any effect on their health or stamina.

Visuals in Dragon Ball XenoVerse are quite simple, but fully relevant and authentic for an anime-based franchise. Characters are thoroughly ported into 3D with all textures and anime-image features like dashes, gradients and colors. Special effects for attacks are borrowed from the actual anime series and look just great along with worked character animations. On the other hand, you may feel a bit frustrated about 2D sprite backgrounds. They provide a feeling of an old arcade machine that is not up to place in a RPG from 2015.

This is a totally honest Dragon Ball XenoVerse review, so you have to know that this game is not really a brilliant works of digital art. However, it’s worth at least a single walkthrough for any Dragon Ball fan. The plot and the scenario perfectly complement the original anime and previous games of the franchise. This chapter is quite expensive, but offers about a hundred of hours of quests and fightings.

Dragon Ball XenoVerse sticks to classic 3D arcade fighting mechanics, so it is played the best with a gamepad. If you want to use mouse + keyboard configuration, then prepare to learn some new finger positions to perform combos and ultimate attacks.

The are no available in-game purchases, but the main character always needs to be upgraded to complete harder missions. In-game currency and skill points are used for that purpose.

Dragon Ball XenoVerse is definitely a great complement for any Dragon Ball fan collection. It has multiple gameplay drawbacks, but a very good scenario and multiple easter eggs for real DB geeks.

Dragon Ball XenoVerse downloading is necessary for anyone who has their knees trembling when it comes to be a virtual student of Piccolo. This franchise is for manga and anime fans only..

There's not a lot of questions about DRAGON BALL XENOVERSE. Ask insistently in the comments so you can make it frequent!
Yup, take me to comments

One of the best action games ever!
One of the most trending games right now!
Everyone recommends to play it!