Crossout Review: One Of The Best MMOs In The Post-Apocalyptic Genre

CROSSOUT is a post-apocalyptic MMO-action game in which you can assemble a dozens of details of a unique design armored vehicle, and compete in hot multiplayer battles. At the moment you can download CROSSOUT for free, the game is in open testing. 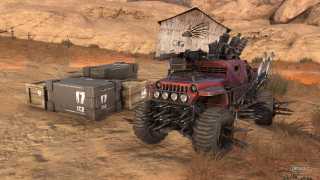 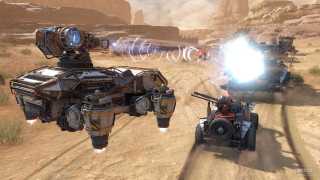 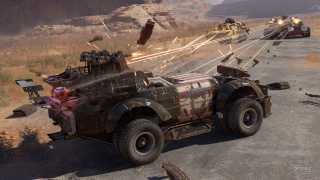 The game is a multiplayer action-sandbox in which one of the main details of the process of the game is kraft parts and competitive fights with other players. You need to collect old parts, improve them and install on your combat vehicle. After the successful introduction of new elements, you go into battle with other machines that other users have built. And all this is surrounded by species very reminiscent of the post-apocalyptic world of Mad Max. In addition to fighting, you need to understand the trade and economic system of the game in order to most profitably buy parts for your car.

The graphics component in this game is kept at the level. Judging by the CROSSOUT reviews in Steam, this is a very well-developed representative of the IMO. But recently, users have begun to complain about the inattention of developers to the claims and suggestions of players.

The audio part of this game is perfectly executed, the noise of engines, shouts, explosions, everything is sounded very good and pleases the ear.

It is worth plunging into this game to fully understand it. You have to understand all the subtleties, gain experience, increase the levels of your character and his vehicle. And it will definitely take you several hours, if not more.

Management is done using the keyboard and mouse. Here we must say that we advise you to play on them, because in order for you to shoot straight, it’s good to take turns and not to lament at the stupid loss in the absence of normal control.

The game is under development, so all content is free. You only get what you earn in battle or grind in locations nearby. There are several extended DLS to improve your gameplay. The game also has a donation system. With the help of it, of course, you will reach the level you need much faster. But do not be upset, as it is possible to play without microtransactions, but it will take much more time than you imagine.

A good MMO in the genre of post-apocalypse. It requires a lot of time for pumping like any other MMO. To understand whether you like it or not, you just need to download CROSSOUT and try it yourself. But this is possible with a medium power computer. Good thing the game itself is free.

The game is not bad, it takes a lot of time. If you like post-apocalyptic or Mad Max movies, then most likely this game can catch you..

Pros : Free game;
Many different vehicles and additional parts that can be combined together;
Customization of everything and everyone.

Cons : You need to pour a lot of money into your account in order to quickly reach the desired level;
Marketplace. It is very poorly executed and there is no adequate balance in it;
The developers have focused their attention on unnecessary things, connecting the gamers to the game.

There's not a lot of questions about Crossout. Ask insistently in the comments so you can make it frequent!
Yup, take me to comments

Very interesting singleplayer mode.
Everyone enjoy playing this game
One of the best action games ever!