Battle Tank Armada Review – Get into a Real Tank Battle

Battle Tank Armada is a battle tank simulator developed by Ragnar for the PC platform. The game is distributed as a one-time purchase at Steam store. If you want to take part in a tank battle, you can download Battle Tank Armada and show your courage. 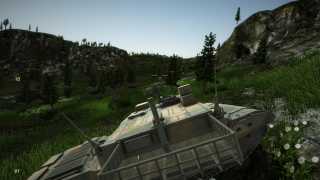 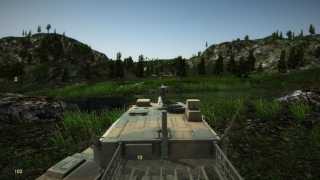 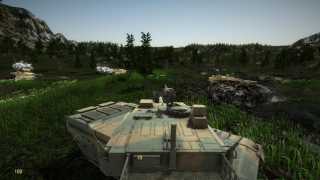 There is not much gameplay in the game. When the game starts, you head over to the enemy and begin shooting. There is no need to use any tactics. The enemy is not smart and can be easily defeated. The gameplay is repetitive and doesn’t involve a lot of action. There is no campaign, no armor, no mission, or manual help.

In the main menu, there is only one button that starts the game, pressing which puts you directly into action. During the game, you can switch between the main gun, MG, and rockets, which you can use to destroy your enemies. The enemy doesn’t resist or fire anything back.

The graphics are of poor quality and have many glitches. Some of the areas on the screen get blurry or freeze. There is a music theme that accompanies the gameplay, but it doesn’t make the game any better. Developers need to improve the game as a whole to make sure it is popular among players.

In accordance with the Battle Tank Armada review, many players download the game expecting it to be a realistic tank war. But soon they realize that the game is boring. There is no point in beating your rivals in skill and technology because they seem not to understand what is happening and do nothing to resist.

This is not a dynamic tank battle. You won’t be able to level up your equipment or modernize the appearance of armored vehicles. There are also no customization options, so all you need to do is to move your tank towards the enemy that seems to be asleep.

The controls of the game are convenient and easy to use, but there is not much to control in the game. All you need to do is to start the game and head over to the enemy. The developer promises that you can kill as many tanks as you want, which is true, taking into account the fact that enemy tanks seem to do nothing to destroy you.

The game is not free, and it will cost you $4.99 to play it. There are no in-game purchases, which may be not a very good thing in this case. Perhaps, some in-game purchases could have improved the game and make it more interesting.

That was probably a mistake to release the game because there are many bugs that need to be fixed. The gameplay is not intuitive, and the controls are not very responsive. There are no quests to complete, and you can’t get any unique bonus items that will make your tank powerful. It is not recommended to download Battle Tank Armada especially that it is not free.

We don't recommend to buy this game because there is still a lot that needs to be improved for it to become a quality product..

Cons : There are too many bugs and glitches;
The game is not free;
There seems to be physics, but they can hardly be called realistic.

There's not a lot of questions about Battle Tank Armada. Ask insistently in the comments so you can make it frequent!
Yup, take me to comments

Very interesting singleplayer mode.
One of the most trending games right now!
One of the best action games ever!